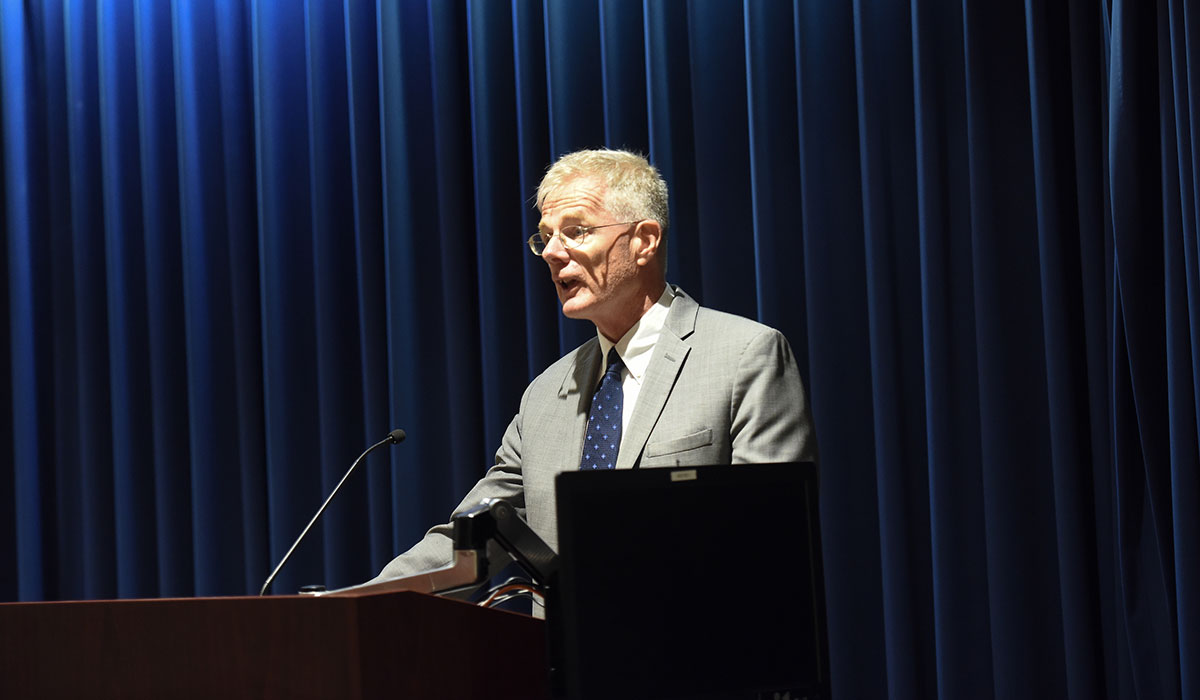 As we learn from Plato, Socrates thought that philosophy was to be carried out in the back and forth, at once playful and serious, of open-ended conversation. In his Memorabilia (I.6), Xenophon helps to round out our picture of Socrates. According to Xenophon, Socrates was fond of reading, in the company of his friends, the “treasures” that “the wise men of old” had written down and “left behind” in their books, picking out and sharing together “anything good” that they came across. Much of what transpires in philosophy classes at The Catholic University of America follows the pattern established by Xenophon’s Socrates. In graduate and undergraduate courses alike, the faculty of the School of Philosophy join students in conversation with and about the works of many wise writers. For us as for Socrates, however, it is not books themselves that we treasure but rather what wisdom is to be gained from reading such works philosophically, which is to say, with the desire to deepen our understanding of what a famous student of a student of Socrates called “the first causes and principles” of our common world.

Of the various differences between Socrates’ reading and our own I would here take special note of two. Whereas few of the writers examined by Socrates would have called themselves “philosophers,” the majority of authors considered in our curriculum do count themselves members of that tribe. So it is that our students are privileged to study with some of the greatest teachers in history, the great philosophers who, unlike Socrates himself, were also great writers: Plato and Aristotle, Hobbes and Descartes, Hume, Rousseau, Kant and Hegel, Nietzsche, Husserl, Heidegger and Wittgenstein, and many others. The faculty of the School of Philosophy includes many outstanding teachers in its ranks, but their excellence as educators largely derives from the time they have spent in a lifelong conversation with and about great philosophical books.

Socrates never had to contend with the Book, that compilation of canonical writings or scriptures that make up the Bible, with its “Testaments” old and new. Yet as Pope Benedict XVI has observed, the “encounter” between “biblical faith and Greek philosophical inquiry was an event of decisive importance not only from the standpoint of the history of religions, but also from that of world history,” so much so that it has given decisive shape to the world in which we now find ourselves. As an ecclesiastical faculty, the School of Philosophy at The Catholic University of America naturally seeks to perpetuate that encounter. The School seeks, in other words, to engage in a “critical dialogue with both contemporary philosophical thought and with the philosophical tradition in all its aspects” (Pope John Paul II, Fides et Ratio §83). To that end, writings by such thinkers as Augustine and Aquinas also figure largely in our curriculum.

Whatever the texts we take up in our classes, we treat them all as invitations to a common life. The community of students and faculty that forms around the books we read and discuss together derives from the interest we share in understanding our common world and in life lived in the light of the truth.